YA Zombie Novels
You wanna check out some great Young Adult Zombie novels? Go to …
www.goodreads.com/list/show/5059.YA_Zombie_Novels

Zombieland
Duh! Of course this is where I was going to go for the last day of A to Z. A mutated strain of mad cow disease has turned most humans into cannibalistic zombies within two months after the initial outbreak. Unaffected loner college student "Columbus" meets "Tallahassee" another survivor who seems driven solely by his desire to find Twinkies. Entering a local grocery store they encounter "Wichita" and her younger sister "Little Rock". As survivors of a zombie apocalypse, together they take an extended road trip across Southwestern United States in an attempt to find a sanctuary free from zombies.

Just call me “Wayne”. Is this movie worth watching? YES! Does it have everything I need in a Zombie movie? Of Course!

Yours, Mine, and Ours
High school sweethearts Frank Beardsley and Helen North are reunited when Frank and his family move back to his hometown of New London. After unexpectedly encountering each other at a restaurant while on separate dates, the pair run into each other again at their 30-year class reunion. Rekindling their old sparks, the two quickly decide to marry in a private ceremony. They are quite cognizant of the fact that Frank already has eight children from his first marriage, and Helen has ten from her first marriage (a mixture of her biological offspring and adopted children). The family moves into a new home, on the same property as the lighthouse where Frank and Helen shared their first kiss, joined by the North children's numerous pets and Frank's housekeeper, Mrs. Munion.
Yes I thought this movie was cute and made me laugh all the way through. This might be the one movie out of my movie post that is the lamest, but I still liked it.

Zoolander
The short films and the movie feature a dimwitted male model named Derek Zoolander, played by Stiller. The film involves Zoolander becoming a pawn in a plot to assassinate the Prime Minister of Malaysia by corrupt fashion executives.
Oh. Em. Gee! This movie cracked my shiz up! Ben Stiller is the best at what he does. I don’t know how the guy can keep a straight face.

Tally is the protagonist of the books, first appearing in Uglies as a young, 15-year-old girl, waiting for her 16th birthday so that she can be turned pretty. Throughout the series, Tally undergoes significant changes physically and mentally from Ugly, to Pretty, to Special, different classes of citizen in her city. Tally is also known as Tally-wa, Tally-sama, Agent Youngblood, Sayshal, and Goddess YoungBlood throughout the series. Tally endures many changes throughout the series in both appearance and personality. Each changes according to her status as an Ugly, Pretty, or Special. Loving David then falling for Zane, then sharing her love for both. 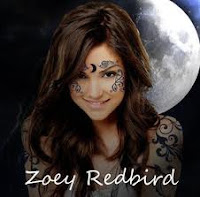 
Sixteen-year-old Zoey Redbird lives in a world where vampyres have always existed. New vampyres, called fledglings, appear through a biologic process that takes place in some humans, the Marked, at puberty and lasts four years. At the beginning of the book, Zoey is at school when she is Marked by a Tracker. Throughout the series: Zoey loves Erik Night and human consort Heath Luck. Zoey cheats on Erik with Loren Blake. Erik breaks it off. Zoey then falls for Stark and still in contact with Heath. Zoey is also being tormented by Kalona and Neferet. Meanwhile Zoey befriends a herd of other fledglings: Stevie Rae, Erin Bates, Shaunee Cole, Damien Maslin, and Jack Twist. By the end of book 2 Zoey and her nemesis Aphrodite (who is my fav character) befriend one another. Erin and Shaunee are considered twins even tho they are far from being so. Damien and Jack are boyfriends. Aphrodite and Darius are pledged to one another. Neferet kills Heath, shattering Zoey into the afterlife. Stark has to go to the beyond and saves her.
Are you confused yet? Yeah me too and I read the books. Maybe you should too.

You-know-who
In the series, Voldemort is the archenemy of Harry Potter, who according to a prophecy has "the power to vanquish the Dark Lord". Almost no witch or wizard dares to speak his name, instead referring to him by epithets such as "You-Know-Who", "He-Who-Must-Not-Be-Named" or "the Dark Lord". Voldemort's obsession with blood purity signifies his aim to rid the wizarding world of Muggle heritage and to conquer both worlds, Muggle and wizarding, to achieve pure-blood dominance. Through his mother's family, he is the last descendant of wizard Salazar Slytherin, one of the four founders of Hogwarts School of Witchcraft and Wizardry. According to an interview with Rowling, "Voldemort" is pronounced with a silent 't' at the end, as is common in the French phrase "Vol de mort", meaning "to flee from death". 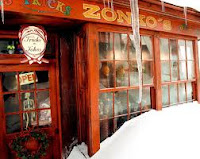 Zonko’s Joke Shop
Zonko's Joke Shop has jokes and tricks that can "fulfil even Fred and George's wildest dreams." It closes down in Half-Blood Prince. Fred and George had planned to buy the shop, but decide against it when Hogwarts' students are banned from visiting Hogsmeade due to heightened security after Voldemort's rebirth.

An immense tree that is central in Norse cosmology, on which the nine worlds existed. In Norse mythology there are "nine worlds" each joined to the other via the "World Tree" Yggdrasil. A list of these worlds can only be deduced from the limited sources given to us in the two eddas. A complete list of the nine worlds is never mentioned entirely, in either of the eddas. 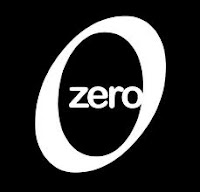 Z
Ummm I have nothing for the letter Z in Norse Mythology so my FINAL post for the A to Z Challenge is going to be zilch, zero, zip, zippo, and any other nothing realated words that start with Z.
Until the next A to Z peeps!

Email ThisBlogThis!Share to TwitterShare to FacebookShare to Pinterest
Labels: A to Z Challenge, Tally Youngblood, YA, Yggdrasil, You-know-who, Yours Mine and Ours, Zoey Redbird, Zombieland, Zonko's Joke Shop, Zoolander