A to Z - Kick-Ass and Kennings

An apocalyptic horror novel published by American author Stephen King in 2006. The story follows a New England artist struggling to reunite with his young son after a mysterious signal broadcast over the global cell phone network turns the majority of his fellow humans into mindless vicious animals.

A 2010 black comedy superhero film based on the comic book of the same name by Mark Millar and John Romita, Jr. The film tells the story of an ordinary teenager, Dave Lizewski, who sets out to become a real-life superhero, calling himself "Kick-Ass". Dave gets caught up in a bigger fight when he meets Big Daddy, a former cop who, in his quest to bring down the drug lord Frank D'Amico, has trained his eleven-year-old daughter to be the ruthless vigilante Hit-Girl.

I wasn’t sure if I should take my kids to see this film, so I waited til it came out on DVD and previewed it first. Well my 9 yr old son’s father took him to see it and he said it was good. Sooo…. I let my kids watch it. Some cussing here and there but it was actually a great movie. 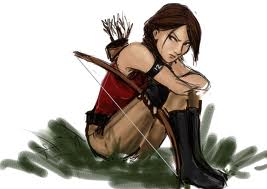 Katniss and her family come from District 12, a coal-mining district that is the poorest and least populated district in the dystopian fictional autocratic nation of Panem. In the course of the first book, Katniss volunteers to replace her sister, Primrose Everdeen, after she is called during Reaping Day, a day in which, one male and one female tribute in the age bracket of 12 to 18 are named from each district to fight to the death in an arena in what are known as the Hunger Games. Katniss, alongside fellow District 12 tribute Peeta Mellark, compete in the Games together. She uses her knowledge of hunting and archery to survive, and the two become the victors after defying the Capitol's attempt to force one to kill the other. Throughout the next two novels, Katniss becomes the symbol of a rebellion for the twelve districts against the Capitol's oppression, and ultimately decides the final balance of power in Panem by killing the aspiring president of District 13, the forefront of the rebellion, for attempting to subjugate the defeated Capitol itself.

How does it end? Read it for yourself. It’s a ‘once you start, you can’t stop’ kind of a series. I loved every word, the premise, the amount of blood shed vs romance (I’m not a mushy type of girl). My son is now reading it and then it’s bada__! You don’t believe me? Then go, go on, I’ll wait… read it. 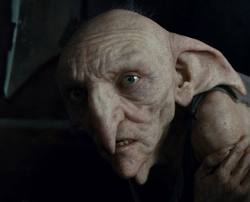 A house-elf who served the House of Black for decades. Kreacher first appears in Order of the Phoenix as an unwilling servant to Sirius Black. Kreacher scorns Sirius, mainly due to his devotion to his former masters. Knowing too much of the Order of the Phoenix's activity, Kreacher is not allowed to leave Grimmauld Place. Years of being isolated in the house alone, with only the screaming portrait of Mrs. Black for company, caused him some mental instability, in which he seems to speak his personal thoughts and feelings aloud. He betrays Sirius and persuades Harry to go to the Department of Mysteries, where a trap has been laid where Sirius is killed by Bellatrix. Following Sirius's death, Harry inherits all Sirius's possessions, including Kreacher. Harry immediately orders him to work at Hogwarts. Harry and his friends manage to cajole the current whereabouts of Salazar Slytherin's Locket from him. Harry gives the old elf the fake Horcrux locket as a token of remembrance. Seeing Harry's kindness and politeness, the elf undergoes a substantial change in personality, appearing cleaner and happier, and ceasing to mutter insults under his breath. He begins to regard Harry as his real master and fulfils his chores dutifully, as well as greatly enhancing his cooking abilities. When Grimmauld Place is infiltrated by Death Eaters, Harry decides against calling the elf back to them, fearing possible betrayal. In the Battle of Hogwarts, however, Kreacher's loyalties are revealed — he rallies the Hogwarts house-elves in the names of Harry and Regulus, and leads them into battle against the Death Eaters. It is implied that he survived the battle, as Harry wonders whether Kreacher will bring him a sandwich after his battle with Voldemort.

A type of literary trope, specifically circumlocution, in the form of a compound (usually two words, often hyphenated) that employs figurative language in place of a more concrete single-word noun. Kennings are strongly associated with Old Norse and later Icelandic and Anglo-Saxon poetry. For example, Old Norse poets might replace sverð, the regular word for “sword”, with a more abstract compound such as “wound-hoe” or a genitive phrase such as randa íss “ice of shields”. The term kenning has been applied by modern scholars to similar figures of speech in other languages too, especially Old English.
Posted by Dani at Thursday, April 12, 2012