A to Z - Death and Descent

Dawn of the Dead

2004 zombie horror film, remake of George A. Romero's 1978 film. The film depicts a handful of human survivors living in a Milwaukee, Wisconsin shopping mall surrounded by swarms of zombies.
Cameos from the original cast members Ken Foree, Scott Reiniger and Tom Savini, which is pretty cool.

The main character of the quartet, she is a young woman possessing "wild magic," and has the power to speak to, heal, and shapeshift into animals. Born in the village of Snowsdale in Galla, her father is Weiryn, a minor god of the hunt who fell in love with Daine's mother, Sarra. Despite her original fear of her wild magic overpowering her, she learns to control her power. She is shown to hate Stormwings, magical creatures who prey on fear and warfare, in the first books, but later changes her mind when she realizes that Stormwings are simply what they are. She even develops a tentative friendship with a Stormwing named Rikash. Daine, along other characters of the series, appears briefly in the Protector of the Small and Daughter of the Lioness series. 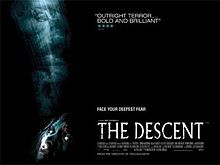 Is a 2005 British horror film written and directed by Neil Marshall. The film follows six women who, having entered an unmapped cave system, become trapped, and are hunted by subterranean flesh-eating humanoids.

The Death Eaters first existed 11 years before the events of the books, torturing and murdering Muggles (non-magical humans) as well as anyone who opposed them or was believed to have information which could aid in or harm their rise to power. They also did this to people who were blood traitors. With Voldemort vanquished after failing to kill Harry, the Death Eaters largely disbanded. The Ministry rounded many of them up and imprisoned them in Azkaban, the Wizarding prison, but some eluded justice by claiming they were bewitched by the Imperius Curse or by turning in other Death Eaters, as Igor Karkaroff did. 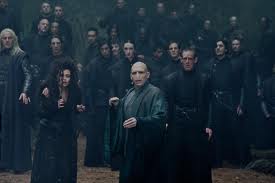 While the Death Eaters practice "dark magic", illegal and dangerous spells, their ideology, such as it is, is a version of racial supremacy. They believe wizards are, as a genealogy book within the story phrases it, "Nature's Nobility"; other magical creatures and the non-magical are inferior and should be subjugated.

In Norse mythology, Níðhöggr often anglicized Nidhogg is a dragon who gnaws at a root of the World Tree, Yggdrasill. In the mythology, the Nidhogg is said to be controlled by only one person, the Norse God named Hel.
Posted by Dani at Wednesday, April 04, 2012

Email ThisBlogThis!Share to TwitterShare to FacebookShare to Pinterest
Labels: A to Z Challenge, Dawn of the Dead, Death Eaters, Dragons, The Descent, Veralidaine Daine Sarrasri