A to Z - Inception and Ignotus 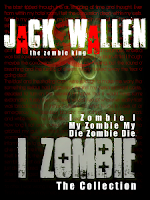 Is the exciting post-apocalyptic zombie series by Jack Wallen surrounding the Mengele virus and a cast of survivors hell-bent on taking down the government-run collective attempting to cleanse the world of those they don’t deem worthy.

I have only read I Zombie I and thought it was good. There were certain parts I thought could have been better, maybe more gore. I know… what?! More gore, but when I’m reading a novel about apocalyptic takeovers, I want more description of what is coming at me. I want to be able to close my eyes and dream in color about what I just read. Don’t get me wrong, this was a fantastic book. I guess with all the hype, I thought would have scared me.

A 2010 science fiction film which was written, co-produced, and directed by Christopher Nolan. With heavy such as DiCaprio and my “zombie hot guy” Cillian Murphy.


Dom Cobb, a specialised corporate spy and thief whose work consists of secretly extracting valuable information from the unconscious minds of his targets while they dream. Wanted for murder and unable to visit his children, Cobb is offered a chance to regain his old life as payment for a task considered being impossible: "Inception", the implantation of an original idea into a target's subconscious. Though the movie has its twists and turns, the most complicated scene being the end. Was he or wasn’t he asleep the whole. Was his reality a just a dream or was it the other way around. Are you confused yet? Good.

A 1954 horror fiction novel by American writer Richard Matheson. It was influential in the development of the zombie genre and in popularizing the concept of a worldwide apocalypse due to a disease. The novel was a success and was adapted to film as The Last Man on Earth in 1964, as The Omega Man in 1971, and as I Am Legend in 2007, along with a direct-to-video 2007 production capitalizing on the mockbuster film, I Am Omega. The novel was also the inspiration behind the 1968 film Night of the Living Dead.

After watching the kiss-ass film I Am Legend starring Will Smith, I had to read the novel. No disappointments either. It was an exceptional read. Though the book portrayed the creatures more like vampires than zombies. If you want to read a classic horror novel; this is right up your alley. 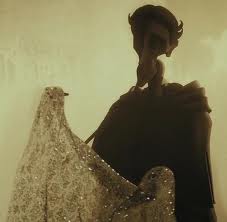 The youngest of the three Peverell brothers, described in The Tales of Beedle the Bard as 'the humblest and also the wisest of the brothers'. He was the owner of the Cloak of Invisibility, due to which, unlike his brothers, he successfully avoided dying for many years, living a full and long life, and ultimately "greeting Death as a friend." Harry deduces that his invisibility cloak is the original cloak owned by Ignotus. Unlike other cloaks of invisibility, it has never shown any kind of fading or damage despite the cloak being passed down through many generations of the Peverell family and ultimately to Harry. Harry is therefore a descendant of Ignotus Peverell. Both by birthright and by blood relations, Harry Potter is the rightful owner of the three Deathly Hallows yet he decides to keep the Cloak only, returning the Elder wand to Dumbledore's grave, and leaving The Resurrection Stone lost in The Forbidden Forest.
The brothers' tale is my favorite told within the story. 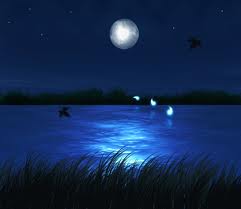 A will-o'-the-wisp or ignis fatuus is a ghostly light seen by travellers at night, especially over bogs, swamps or marshes. It resembles a flickering lamp and is said to recede if approached, drawing travellers from the safe paths. A folk belief well attested in Norse folklore and in much of European folklore, the phenomenon is known by a variety of names, including jack-o'-lantern, hinkypunk, hobby lantern in English. Scientifically, "marsh gas" is methane that bubbles out of marshes; this gas is contaminated with phosphine (PH3) and diphosphane (P2H4) which, when brought in contact with air, can spontaneously catch fire. This sudden burst of flame can potentially explain many will-o'-the-wisp sightings.

Email ThisBlogThis!Share to TwitterShare to FacebookShare to Pinterest
Labels: A to Z Challenge, I Am Legend, I Zombie, Ignotus Peverell, Inception, Irrloss