A to Z - Forest to Frost

F = Friday - Good Friday that is. Hope you are enjoying your day off; if you actually have it off.

The Forest of Hands and Teeth
By Carrie Ryan

A New York Times best-selling post-apocalyptic zombie novel. As the story opens, an unexplained disaster has turned much of the human race into mindless, cannibalistic undead. They roam the forest, seeking to destroy a band of survivors barricaded inside a walled village (kind of reminds you of The Village by M. Night Shamalamadingdong Shyamalan) deep in the woods. The fence that protects these villagers also imprisons them within a dystopian society marked by vehemence, mystery, and suppression. 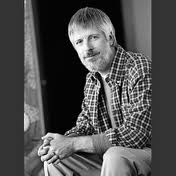 (born January 13, 1951) Best-selling author of Christian fiction, whose novels primarily focus on the supernatural. His writings have sold over 15 million copies worldwide. Peretti is best known for his novels This Present Darkness (1986) and The Oath (1995). Peretti has held ministry credentials with the Assemblies of God, and formerly played the banjo in a bluegrass band called Northern Cross. I was introduced to him through the book The House with Ted Dekker.
I highly recommend it! 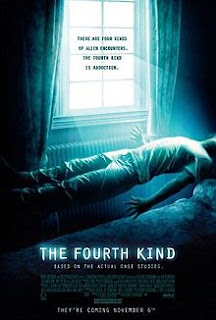 An American mockumentary science fiction-thriller directed by Olatunde Osunsanmi, starring Milla Jovovich, Charlotte Milchard, Elias Koteas, Will Patton, and Mia McKenna-Bruce.
The film alludes to actual events occurring in Nome, Alaska in 2000, in which psychologist Dr. Abigail Tyler uses hypnosis to uncover memories from her patients of alien abduction, and finds evidence suggesting that she may have been abducted as well. The film has two components: dramatization, in which professional actors portray the individuals involved, and video footage claiming to show the actual victims undergoing hypnosis. At some points in the film, the "actual" and dramatized footage is presented alongside each other in split-screen. Throughout the film, Abbey is shown being interviewed on television during 2002, two years after the abductions occurred. 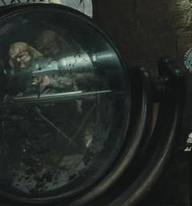 A Foe-glass is a mirror that detects and shows its owner's enemies in or out of focus, depending on how close they are. However, like all dark detectors, it can be fooled, as mentioned by Harry in the fifth book at the beginning of the first D.A. meeting. Moody, in reality Barty Crouch, Jr. in disguise, claimed that when the whites of their eyes are visible, he is in trouble. A Foe-Glass is hanging in the Room of Requirement in Harry Potter and the Order of the Phoenix when Harry uses the Room for D.A. meetings. 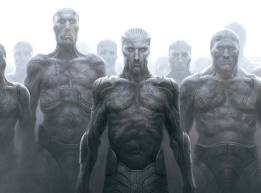 Or Frost Giants - a member of a race of nature spirits with superhuman strength, described as sometimes standing in opposition to the races of the tribes of the Æsir and Vanir, although they frequently mingle with or intermarry with these. Their otherworldly homeland is Jötunheimr, one of the nine worlds of Norse cosmology, separated from Midgard, the world of humans, by high mountains or dense forests. Other place names are also associated with them, including Niflheimr, Utgarðr and Járnviðr. First living being formed in the primeval chaos known as Ginnungagap was a giant of monumental size, called Ymir. When he slept a jötunn son and a jötunn daughter grew from his armpits, and his two feet procreated and gave birth to a son, a monster with six heads. These three beings gave rise to the race of hrímþursar (rime thurs, frost giants), who populated Niflheim, the world of mist, chill and ice. The gods instead claim their origin from a certain Búri. When the giant Ymir subsequently was slain by Odin, Vili and Vé (the grandsons of Búri), his blood (i.e. water) deluged Niflheim and killed all of the jötnar, apart from one known as Bergelmir and his spouse, who then repopulated their kind.