I updated my M post that was mysteriously deleted on Saturday. Please go check out what was missed! Thanks


Now on to the letter N!


He’s my zombie piece for the letter N due to his Comic series Remains (along with other undead issues) which was turned into a television film that aired on Chiller TV on Dec. 16, 2011. 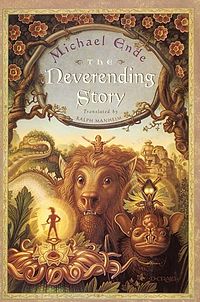 A German fantasy novel by Michael Ende, first published in 1979. The novel was later adapted into several films.


The majority of the story takes place in the parallel world of Fantastica, a world being destroyed by the Nothing, which represents and constitutes people's lack of imagination in the real world. The book begins in Fantastica, when a will-o'-the-wisp (this should sound familiar if you’ve read all of my Norse Mythology posts) goes to ask the Childlike Empress for help against the Nothing, which is spreading over the land. The first protagonist is a young warrior, Atreyu, who is asked by the Steward of The Empress of Fantastica, to set off and find a way to stop The Nothing. The other protagonist is a boy, Bastian, from the real world, a reader of the novel with the same title, for whom the story gradually becomes more and more realistic.

Oh man, do I love this story. The book and the movie alike. The first time I watched this, the wolf, G'mork, scary the living daylights out of me. *shudders*
And the sadest part is when Artax dies in the Swamp of Sadness. *blows nose in tissue* 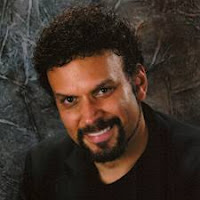 Words cannot describe my love for his work. The Skinjackers Series, the Unwind (Unwholly is the next book in the series which he is currently working on), Full Tilt, Downsiders, Schwa, the Star Shards series, etc.
I love them all but if I HAD to pick a favorite it would most definitely be Skinjackers!
Have you read any of his books and if so, which ones? Did you love them too? 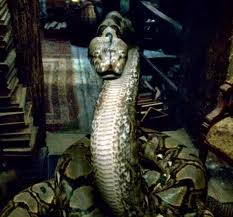 Voldemort’s snake is described as a long, green, hooded serpent. Her name is derived from Buddhist legends, it is the female version of the naga (people who worship snakes and can transform into them). As with his diary, Voldemort intended Nagini to be a tool as well as a a safeguard to his immortality. Voldemort is able to communicate with Nagini due to his ability to speak Parseltongue. After Neville Longbottom openly defies Voldemort, Voldemort punishes him by forcing the Sorting Hat on his head and setting it on fire. The Death Eaters are then attacked and a battle ensues, and Neville pulls Godric Gryffindor's sword from the Hat and beheads Nagini. 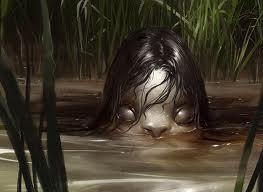 The Neck/Nixie are shapeshifting water spirits who usually appear in human form. The spirit has appeared in many Scandinavian folklore. Although in recent times such creatures have usually been depicted as human in shape although in many cases shapeshifting. Their sex, bynames, and various animal-like transformations vary geographically. The German Nix and his Scandinavian counterparts are males. The German Nixe or Nixie is a female river mermaid. Male water spirits who played enchanted songs on the violin, luring women and children to drown in lakes or streams. However, not all of these spirits were necessarily malevolent; in fact, many stories exist that indicate at the very least that nøkken were entirely harmless to their audience and attracted not only women and children, but men as well with their sweet songs. Stories also exist wherein the Fossegrim agreed to live with a human who had fallen in love with him, but many of these stories ended with the nøkken returning to his home, usually a nearby waterfall or brook. Nøkken are said to grow despondent if they do not have free, regular contact with a water source.