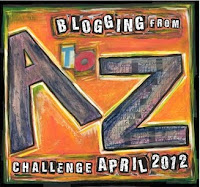 By Walter Greatshell
http://waltergreatshell.com/books.php
The books open us up to a world where the Agent X virus has taken most of the human race and turned them into the undead. I’ve only read the first one and dying to read the rest. Most of the stuff isn’t new concepts but it is still a great read. 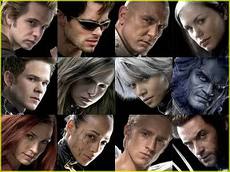 The X-Men are a superhero team in the Marvel Comics Universe. They were created by writer Stan Lee and artist Jack Kirby, and first appeared in The X-Men #1 (September 1963). The basic concept of the X-Men is that under a cloud of increasing anti-mutant sentiment, Professor Xavier created a haven at his Westchester mansion to train young mutants to use their powers for the benefit of humanity, and to prove mutants can be heroes.

Originally depicted as a Chinese mutant with a "star for a brain", he is eventually revealed to be the X-Men's archnemesis Magneto in disguise at the climax of Morrison's run. After Magneto is apparently killed in the "Planet X" story arc, he appears alive and well a few months later in 2004's Excalibur (Vol. 3) #1, which established that Xorn never was Magneto. Marvel has presented several partial explanations, both in the comics pages and in the press as to the true nature, identity, and motives of Xorn.

The editor of The Quibbler magazine, the husband of Mrs. Lovegood, and the father of Luna Lovegood. His wife died when their only child was nine years old, and he raised his daughter by himself. He is likely the source of his daughter’s eccentric beliefs, although he is often correct in his assumptions. He believed in the existence of the Deathly Hallows and explained them to Harry and supported Harry in The Quibbler when few others would.

Xtras
Alfheim ("elf home"), in Norse mythology, is one of the nine worlds. It is located on the highest level of the Norse universe. Also found on this level are the worlds of Asgard and Vanaheim. Alfheim is the palace of the god Freyr and the homeland of the elves of light. Neither the elves of light nor the elves of darkness, who live in Svartalfheim, participate in any of the events described in the Norse myths. Elves do, however, have active roles in the literature of quite a few of the other branches of Indo-European mythology.
Posted by Dani at Friday, April 27, 2012