Well apparently blogger hates me and deleted my post after two people viewed it. Sorry about this folks. I now have to wait until Monday to fix it because I'm not at my computer. But for now all I have it Mother F@&%*# for my M post... 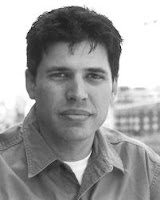 An American author and screenwriter, with a particular interest in zombies. Brooks is also a television and voice-over actor. The son of the Jewish American director, producer, writer, and actor Mel Brooks and Italian American actress Anne Bancroft.

Brooks is the author of The Zombie Survival Guide. The book touches on what it describes as pop cultural myths about zombies. The book was later followed up in 2009 by The Zombie Survival Guide: Recorded Attacks, a graphic novel depicting several of the events detailed in the book's latter section. World War Z: An Oral History of the Zombie War deals with the war between the human race and zombies. 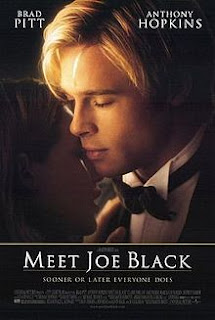 Susan meets a vibrant young man at a coffee shop. She is instantly enamored but fails to even get his name. Minutes after their encounter, unbeknownst to her, the man is struck by multiple cars. The grim reaper of Death arrives at Bill's home in the body of the young man, explaining that Bill's impassioned speech has piqued his interest after an eternity of boredom. Given Bill's capability and knowledge, Death tells Bill that in return for a few extra days of life, Bill shall be his guide on Earth. Bill agrees, and Death places himself at Bill's right hand as "Joe Black" and establishes a constant presence in Bill's home and work. Susan finds Joe appealing, but cannot understand why he is treating her like a stranger. Susan falls deeply in love with Joe, who, now under the influence of human desires, becomes attracted to her as well. Bill angrily confronts him about it, but Death intends to take Susan with him for his own. As his last birthday arrives, Bill makes a last attempt to demonstrate to Joe the meaning of true love and all it includes honesty and sacrifice. Realizing that Susan was never in love with him, but rather the young man whose body he now uses, he abandons his plans to take her. He also comes to Bill's assistance in regaining control of his company, exposing deceitful business dealings to the board and at Bill’s party Joe escorts him away, with Susan observing from a distance. She then is surprised to see Joe return without her father. She realizes that he is the young man whose body Death used, however, this is his first glimpse of her since the coffee shop.
I love love LOVE this movie. It’s one that if I see it’s on, I HAVE to watch it. I love Pitt’s vulnerability and trueness to both Death and the young man he played. I love between them is almost Notebook-esk.


The Mortal Instruments
by Cassandra Clare 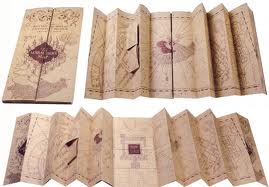 The Marauder's Map is a magical map of Hogwarts created by James Potter, Sirius Black, Remus Lupin and Peter Pettigrew while they were at Hogwarts, during which time they gained extensive knowledge about the school grounds, such as its various hidden passages, from their frequent night-time adventures together. Harry obtains this map from Fred and George Weasley. It is given to Harry so he can travel to Hogsmeade through a hidden passageway. Snape later finds the map in Harry's possession and tries to force it to reveal its secrets, but the map merely mocks and insults him. Lupin, the current Defence Against the Dark Arts teacher, is called upon to investigate this "dark object", and confiscates it to keep Harry safe, though he returns it to Harry after resigning his post at Hogwarts. From then on, the map becomes one of Harry's most useful tools in his ongoing adventures.
At first glance, the Map is simply a blank piece of parchment; but when the user points his wand at the Map and says, "I solemnly swear that I am up to no good", the message "Messrs. Moony, Wormtail, Padfoot and Prongs, purveyors of aids to magical mischief-makers, are proud to present the Marauder's Map," and a detailed layout of Hogwarts appears. Saying, "Mischief managed!" while pointing ones wand on the parchment returns the map to its original blank state. The map displays the location of everyone within the castle and its grounds, and includes the location of secret passageways and instructions on how to access them. However, several locations like the Room of Requirement and the Chamber of Secrets do not appear on the map, either because the Marauders did not have any knowledge of them, or, in the case of the former, they are Unplottable. 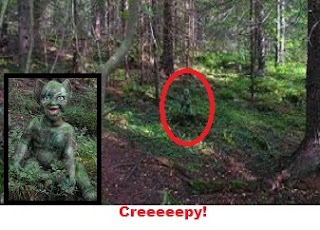 Phantasmal incarnations of the souls of unbaptized children that had been forced to roam the earth until they could persuade someone (or otherwise cause enough of a ruckus to make their wishes known) to bury them properly. They are thought to chase lone wanderers at night and jump on their backs, demanding to be carried to the graveyard, so they can rest in hallowed ground. Mylings are thought enormous and apparently grow heavier as they near the graveyard, to the point where any person carrying one (or more) could sink into the soil. If one should prove unable to make it into the cemetery, the myling kills its victim in rage. The belief that Mylings are enraged and seeking revenge is what gave them the reputation as one of the most menacing types of ghosts in Scandinavian folklore.