A to Z Challenge - A is not for Apple Anymore 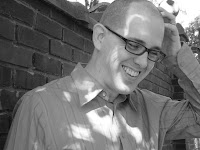 Ok so some of you are thinking “Alden Bell?” “Who the heck is that?” “What does he have to do with Zombies or reanimated undead?” Well, Alden Bell is the author of the zombie novel The Reapers are the Angels. But Alden Bell is the pseudonym for *drumroll please* Joshua Gaylord.

The Reapers are the Angels won the ALA Alex Award and nominated for the 2010 Philip K. Dick Award and the 2010 Shirley Jackson Award.
To find out more about Alden Bell aka Joshua Gaylard visit here.

“I love the smell of napalm in the morning.”

Why do I love this movie? Cause I love war movies! I grew up watching this “crap” with my dad and it must have worn off. *shrugs* What can I say? I’m a girl with a soft spot for war movies/shows.

A major character of J. K. Rowling's Harry Potter series. He is the headmaster of the wizarding school Hogwarts. It is revealed that he is the founder and leader of the Order of the Phoenix, an union dedicated to fighting Lord Voldemort. Rowling stated she chose the name Dumbledore, which is an Early Modern English word for "bumblebee", because of Dumbledore's love of music: she imagined him walking around "humming to himself a lot". 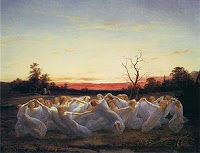 Meadow Elves (in Swedish called Älva if female and Alf if male) are in some parts mostly described as female (in contrast to the light and dark elves in the Edda), otherworldly beautiful and seductive residents of forests, meadows and mires. They are skilled in magic and illusions. Sometimes they are described as small fairies, sometimes as full-sized women and sometimes as half transparent spirits - or a mix thereof. They are closely linked to the mist and it is often said in Sweden that "the Elves are dancing in the mist". The female form of Elves may have originated from the female deities called Dís. They were very powerful spirits closely linked to the seid magic. In Denmark, the female elves have merged with the dangerous and seductive huldra, skogsfrun or "keeper of the forest".