A to Z - George or Granger 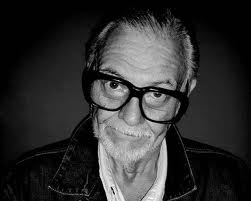 Oh come on! Who else would I have featured beside the “Godfather of all Zombies”? Yup, I didn't think so... An American film director, screenwriter and editor, best known for his horror films about a hypothetical zombie apocalypse. 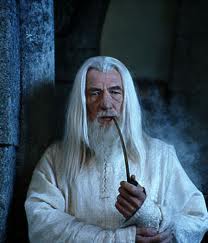 A character novels and movies The Hobbit and The Lord of the Rings. He is a wizard, member and later the head of the order known as the Istari, as well as leader of the Fellowship of the Ring and the army of the West. In The Lord of the Rings, he is known as Gandalf the Grey, but after returning from his death, he was sent back as a more powerful figure; Gandalf the White. Gwaihir, lord of eagles, carried him to Lórien, where he was healed of his injuries and re-clothed in white robes by Galadriel. He travelled to Fangorn Forest, where he encountered Aragorn, Gimli, and Legolas *sigh* who were on a quest to find Merry and Pippin.

A 1997 drama film directed by Gus Van Sant and starring Matt Damon, Robin Williams, Ben Affleck, Minnie Driver, and Stellan Skarsgård (Alex Skarsgårds’ dad – who I featured on “E” day here). Written by Affleck and Damon, and with Damon in the title role, the film follows 20-year-old Will Hunting, a genius who is forced to see a therapist and study advanced mathematics with a renowned professor to avoid jail time. Through his therapy sessions, Will re-evaluates his relationships with his best friend and his girlfriend while confronting his emotional issues and making decisions about his future. Along the way, helps his therapist in return. 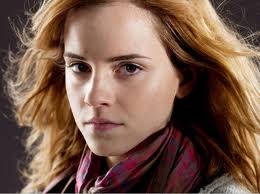 One of the three protagonists in J.K. Rowling's Harry Potter series. She initially appears in the first novel, Harry Potter and the Philosopher's Stone, as a new student on her way to Hogwarts. Harry and Ron dislike her untill they save her from a mountain troll in the girls' bathroom, they become close friends. Using her quick wit, precise recall, she helps them in their quests She’s a walking, talking encyclopedia. Hermione is described as having bushy brown hair and brown eyes. Hermione is horrified by the cruelty she witnesses to house-elves and founds S.P.E.W., the Society for the Promotion of Elfish Welfare. Hermione is portrayed during the whole series as an exceptionally talented young witch. She received eleven O.W.L.s and ten Outstandings . She is the best student in Harry's year and is repeatedly the first student to master any spell or charm. She is also the first one to be able to cast non-verbal spells. Hermione is an exceptional duellist, capable of outmatching even Death Eaters. The only thing she has ever lost is Wizard Chest. Her wand is made of vine wood and dragon heartstring core. 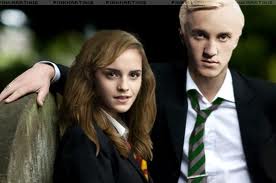 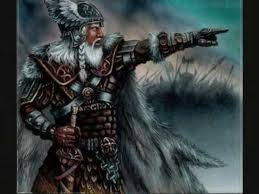 A goði or gothi (plural goðar) is the Old Norse term for a priest and chieftain. Gyðja signifies a priestess.


In Scandinavia there are surviving early attestations in the Proto-Norse form gudija from the Norwegian Nordhuglo runestone Rundata and in the later Old Norse form goði from two Danish runestones, the Glavendrup stone and the Helnæs Runestone. There are also a few placenames, such as Gudby in Södermanland, Sweden, that probably retain the name. Otherwise, there are no further surviving attestations except from Iceland where the goðar would be of historical significance. The goðar are depicted in the Sagas as the religious and political leaders of their district or goðorð. In Iceland, prior to Christianization, religious temples or hofs were privately owned and maintained by a hofgoði or temple priest. They were also an important part of the Icelandic political system for a long time after the arrival of Christianity. The term goði is often used as a priestly title by modern adherents of various denominations of Germanic Neopaganism, especially in Ásatrú.
Posted by Dani at Saturday, April 07, 2012

Email ThisBlogThis!Share to TwitterShare to FacebookShare to Pinterest
Labels: A to Z Challenge, Gandolf, George A. Romero, Good Will Hunting, Gothi, Hermione Granger