The plot depicts the breakdown of society following the accidental release of a highly contagious "rage" virus and focuses upon the struggle of four survivors to cope with the destruction of the life they once knew.

Don’t you hate, or maybe you love, when a movie ends but you still try to breakdown the what if’s of it all? Well for those of us that love alternate endings … this DVD has 4! That’s right – 4!

The plot revolves around King Leonidas, who leads 300 Spartans into battle against Persian "god-King" Xerxes and his army of more than one million soldiers. As the battle rages, Queen Gorgo attempts to rally support in Sparta for her husband. The story is framed by a voice-over narrative by the Spartan soldier Dilios.
I LOVE this movie! The raw power of the characters are portrayed perfectly. I think my favorite character is Xerxes. 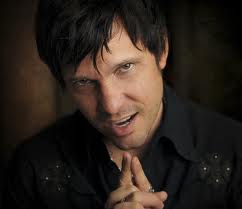 I’ve read the first 4 of the Circle Series and House. Have you read any of his books and if so which ones? 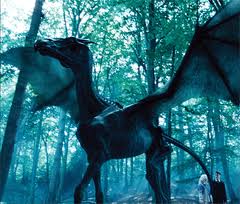 Elusive and least horse-like breed of magical winged horse. They have acquired an undeserved reputation as omens of evil. They are visible only to those who have witnessed and accepted a death, and are described as having "blank, white, shining eyes," a "dragonish face," "long, black manes," "great leathery wings," and the "skeletal body of a great, black, winged horse." They are also described, by Hagrid, as "dead clever an' useful." Thestrals have fangs and possess a well-developed sense of smell, which will lead them to carrion and fresh blood. According to Hagrid, they will not attack a human-sized target without provocation. Their wings are capable of very fast flight for at least several hours at a time, though they usually spend their time on the ground, and they have an excellent sense of direction.
I would most definitely own one! 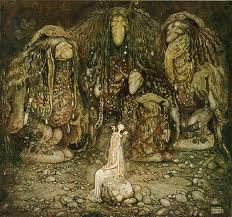 Scandinavian/Norse trolls tend to be very big, hairy, stupid, and slow to act. Any human with courage and presence of mind can outwit a troll, and those whose faith is strong can even challenge them to mortal combat. They are said to have a temperament like a bear- which are, ironically, their favorite pets- good-natured when they are left in peace, and savage when they are teased. Trolls come in many different shapes and forms, and are generally not fair to behold, as they can have as many as nine heads. Trolls live throughout the land, dwelling in mountains, under bridges, and at the bottom of lakes. While the trolls who live in the mountains are very wealthy, hoarding mounds of gold and silver in their cliff dwellings, the most dangerous trolls live in lonely huts in the forest. While few trolls have female trolls, trollkoner, as wives, most possesses a regrettable tendency to spirit away beautiful maidens, preferably princesses, who are forced to spin by day and scratch the troll’s head by night.
How would you like to scratch a Trolls head? Yuck!
Posted by Dani at Monday, April 23, 2012