A to Z - Books and Bifrost 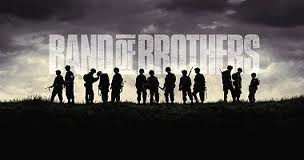 A 2001, HBO,  ten-part, 11-hour, television, World War II, miniseries based on the book of the same title written by historian and biographer Stephen E. Ambrose.


The narrative centers on the experiences of "Easy Company", 2nd Battalion, 506th Parachute Infantry Regiment assigned to the 101st Airborne Division of the United States Army. The series covers Easy's basic training at Camp Toccoa, Georgia, the American airborne landings in Normandy, Operation Market Garden, the Siege of Bastogne, and on to the end of the war, including the taking of the Eagle's Nest. 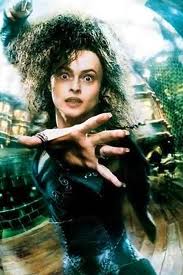 The first female Death Eater introduced in the books, and one of the most faithful members of Voldemort's inner circle. She is described as being highly attractive yet emaciated due to her time in Azkaban and described as having long, kinky black hair and dark heavily lidded eyes. She is in desperate need of a comb because her hair looks a hot mess. Bellatrix is portrayed as paranoid, mentally unstable and fanatically devoted to Voldemort. She takes an obvious pleasure in acts of torture and cruelty. Despite her apparent mental instability, she is a witch of prodigious ability, as demonstrated by all her victories in duels against other characters, and as noted by Harry in the final book. She has two sisters and is the cousin to Sirius and Regulus Black and also the aunt to Draco Malfoy and Nymphadora Tonks. 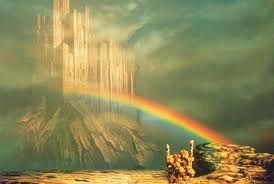 Is a burning rainbow bridge that reaches between Midgard (the world or Earth) and Asgard, the realm of the gods. According to the Prose Edda, the bridge ends in heaven at Himinbjörg, the residence of the god Heimdallr, who guards it from the jötnar. The bridge's destruction at Ragnarök by the forces of Muspell is foretold. Scholars have proposed that the bridge may have originally represented the Milky Way and have noted parallels between the bridge and another bridge in Norse mythology, Gjallarbrú.