A to Z - Egil and Everybody 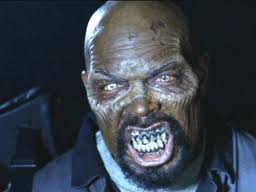 As “Big daddy” You know - the one that figures out how to get to the cutoff city by traveling under water in Land of the Dead.
Clark's best-known film role was in George A. Romero's Land of the Dead as the head zombie, "Big Daddy". He has a lengthy résumé in American and Canadian television and film, including appearances on Night Heat as Colby, The Twilight Zone, Side Effects, Sue Thomas: F.B.Eye, and a cameo in Trailer Park Boys: The Movie. He also starred in the VH1 film Man in the Mirror: The Michael Jackson Story and in the thriller Legend of the Mountain Witch.

Is a 1988 motion picture directed by Taylor Hackford and based on the novel Everybody's All-American by longtime Sports Illustrated contributor Frank Deford. The film covers 25 years in the life of a college football hero. It stars Dennis Quaid, Jessica Lange, Timothy Hutton and John Goodman.
Tells the story of a fictional famous college football player at the University of North Carolina at Chapel Hill during the early 1950s. The setting of the novel was changed to Louisiana State University for the movie adaptation. The main character, Gavin Grey, wins the Heisman Trophy and then goes on to a professional career, but is sidetracked by alcoholism, failed business ventures, and marital difficulties among other unfortunate events. 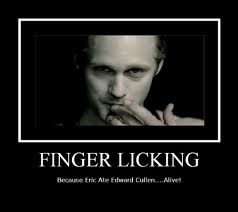 A fictional character in The Southern Vampire Mysteries,by  bestselling author Charlaine Harris. Eric is portrayed in the books as being somewhat arrogant, but having a true joie de vivre. In the ninth book, Dead and Gone Eric revealed details about his human life as a Viking. He was deemed a man at the age of twelve. At sixteen he married Aude, his brother's widow. The couple had six children, but only three were living at the time of his turning, two boys and a girl. Aude and their sixth child died of a fever shortly after the birth when Eric was in his early twenties. It is revealed in the television series that the vampire king of Mississippi murdered his entire family before stealing his father's Viking crown. In the books, he was ambushed one night by a Roman vampire named Appius Livius Ocella and subsequently turned. In the television series, he was made a vampire by Godric. In the television show, it is also shown that Eric was a Viking prince, which is neither denied nor explicitly stated in the novel series. In the first novel, Dead Until Dark, Sookie thinks Eric is  radiant with blond hair and blue eyes, tall and broad shouldered. He’s approximately six-foot-four.


I love the picture ... it's a tad blurry but it reads... Because Eric ate Edward Cullen ... Alive. Bahahahaha!


He's right up my alley! *shhh, don't tell my husband* 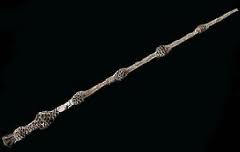 The Elder Wand, known throughout history as the Deathstick and the Wand of Destiny, is an extremely powerful wand made of elder wood with a core of Thestral tail hair. It is supposedly the most powerful wand in existence, and when used by its true master, he or she cannot be defeated in a duel; though according to Dumbledore, this is false, for he was able to defeat the legendary dark wizard Grindelwald, who was master of the Elder Wand at that point. It also appears, as the wand is somewhat sentient that it will not allow itself to cause real harm to its true master. If a master dies naturally without ever being defeated, the wand's power will die for any following owner, since it was never won from the former. 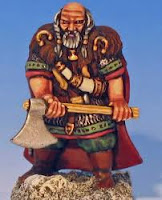 In Norse mythology, Egil is the name of a farmer in the poem Hymiskvida who looked after Thor's goats while the god was visiting the giant Hymir. Egil is possibly the father of Thor's servants Þjálfi and Röskva due to certain similarities found in Snorri's Gylfaginning. In both poems the gods embark on a journey to visit giants, on the way they stop at the home of a farmer or peasant, and at one point one of Thor's goats becomes lame. Hymiskvida states that Loki was the cause of the laming, but Egil was held responsible since in the next stanza his two children are taken by Thor into his service just before the end of the poem.