Dust It Off Bloghop- Excerpt YA Horror 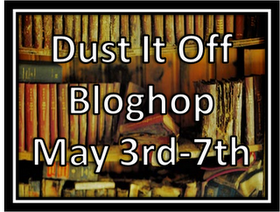 Today is May 5th and other than it being Cinco de Mayo it's also the second part of the Dust It Off Bloghop hosted by Cortney Pearson and Theresa Paolo!

It'a hard trying to put info into such a small excerpt so I just went with my gut and posted the beginning. We learn along the way (through out the WIP) what their ages are and their interests and what makes them strong and weak. If you would like to know the ages just ask in the comments I will be more then happy to share.
Hope you enjoy!

“Gabe, she’s getting heavy. Can you take her for a while?” Alexis has been carrying Lani since we passed on staying in house with the creeper.
It was too risky. He, well what appeared to be a man, wouldn’t have been my first kill but I didn’t have the strength to trap another sickling. I’m too tired myself and don’t have the energy to stand let alone kill.
“Why can’t we stop? My feet hurt.” Kylar whined.
“Yeah, I’ll take her,” I held out my arms, “and we can’t stop Kylar. It’s too dangerous. There’s a house up ahead. We’ll check it out.”
“I wish mom was here.” Alexis declared.
“Mommy?” Lani asked in her sweetest whisper.
“Alex! Sometimes I swear you’re dumber than a box of rocks.” Great, now I’m starting to sound like Mom and Dad. They always said Alexis was the smartest out of all of us cause she knew how to play dumb. But I don’t think she’s playing. “Sorry.” I hate telling her I’m sorry.
“It’s ok. I keep forgetting Lani doesn’t understand.”
“I don’t understand.” Kylar admitted.
“None of us do.” It was the truth. The only thing I remember from the other night is mom waking me up in a fuss and cramming us into the attic. Alexis was dazed and asking her usual twenty questions when mom shoved Lani into her arms, Kylar was following us like an obedient calf lead by his mother, and I was told to get the radio and the emergency kit. Emergency kit. Boy did I have a rude awakening. Literally.
Two days had passed being trapped in that forsaken hideaway and the only food we had were chocolate bars and they only lasted the first day. Dad never made it home from work and when mom lowered the ladder to check if the coast was clear, she immediately drew it closed. We were trapped. The house was swarming with creepers which are better than the runners.  They’re the worst.
“What was that?” Alex whispered slowly pulling Kylar closer to her.
“Shhh–”
“Doggie!” Lani squealed.
“RUN!”
Posted by Dani at Saturday, May 05, 2012

Email ThisBlogThis!Share to TwitterShare to FacebookShare to Pinterest
Labels: Dust It Off Bloghop