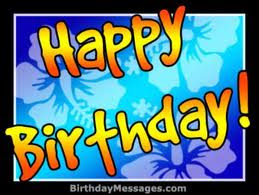 Tomorrow, Feb 4th is my oldest daughters' BIRTHDAY! So in honour of her birthday I wanted to list other famous people that were also born on that special day.


You're probably wondering why I'm posted this today instead of tomorrow. Well ... its simple ... I don't blog on the weekends. The weekends are reserved for my family and my family only. Don't get me wrong; I L.O.V.E. my followers and the rest of the blogging world but after working 40+ hour weeks, taking time to blog and write, and going to after school activities; I need a little down time.


So without further ado, the noted people below share a day of birth with my daughter...