Top Ten Books That Will Make You Swoon 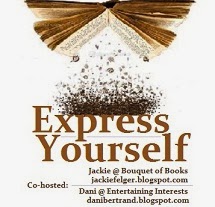 Tell us about some book couples you adore.

Ruby and Ford from Drought by Pam Bachorz

Rhine and Lindin from The Chemical Garden series by Lauren DeStefano. (even though technically they never did "hook up" they were still married - thus being a couple)

Darla and Alex from Ashfall by Mike Mullin

Cian and Moira from The Circle Trilogy by Nora Roberts

Have an awesome Monday!
Posted by Dani at Tuesday, February 11, 2014