Yes today is a BIG blogfest and Express Yourself Meme but first... a NEW BLOG ANNOUNCEMENT!!

I have mentioned it a few times before but today is LAUNCH DAY for...

Come on over to COVER GIRLS and see what 10 movies we have seen together. Don't forget to look around and follow. 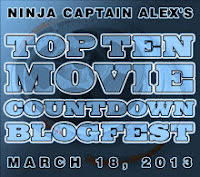 Now to today's BIG fest! Alex is hosting Top Ten Movie Countdown Blogfest. I’m going to keep it short (haha) since I know there are tons of people to visit along this hop/fest.

Troy
I LOVE mythology! Ever since we had to study it in the seventh grade I’ve been obsessed. And this movie not only tells the great story of Troy but it has some great eye candy as well!

War of the Worlds
H.G. Wells blessed us with the original story. There is just something about this movie that I love. The sound effects from the Alien machines are eerie.

Red Dawn
Yeah, yeah, this movie is old and the CGI… well… is non-existent but I adore all the 80’s actors. Talk about original dystopian drama.

Transformers
I’m a huge fan of all the Transformers movies but my favorite would have to be Dark of the Moon. Again, alien-robot-sound-effects are like music to my ears.

The Postman
Another dystopian movie which takes place in 2013; global society collapses and nuclear war has crippled civilization.

Harry Potter
I’m a Pothead, er, I mean Potterhead all the way. But if I have to pick my fave from the franchise I’d have to go with Order of the Phoenix. Second best movie… Deathly Hallows part 2. Order and Part 2 have the top 2 best fight sequences ever!

Rescue Dawn
Not to be confused with Red Dawn. I’m a huge military movie fan and this tells a story of an escape and rescue that is emotional and invigorating.

I am Legend
We all hope to be the one who is immune to a virus which overtakes the world but do you think you can survive the loneliness? – Or the vampiric zombies?

Reign of Fire
Dragons have always been something of interest to me. Are they really legend?

Dawn of the Dead
Really? You couldn’t have thought a zombie enthusiast would leave out a zombie flick did you? I was just leaving the best for last! 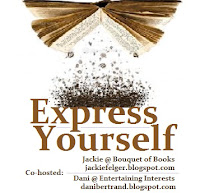 Express Yourself
Besides starting a new blog with Jackie we also co-host a weekly Meme and this week is no different: Do you have a lucky charm or a lucky ritual?
Posted by Dani at Monday, March 18, 2013