Simple, fast posts so you can read, comment, and move on to the next A to Z blogger. Enjoy!
P
Randomness about Myself 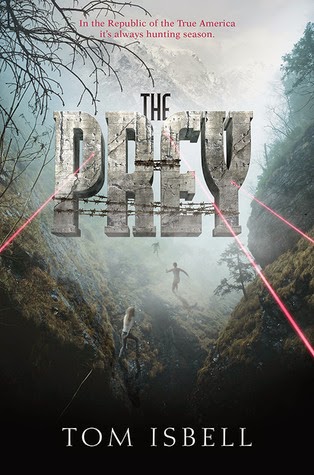 The Prey (The Hatchery #1) by Tom Isbell
A hot debut trilogy and a riveting story of survival, courage, and romance in a future where creating a master civilization is the only thing prized, no matter the method. After the Omega (the end of the end), 16 year old guys known as LTs discover their overseers are raising them not to be soldiers (lieutenants) as promised, but to be sold as bait because of their Less Than status and hunted for sport. They escape and join forces with a girls’ camp, the Sisters, who have been imprisoned and experimented on for the "good of the Republic," by a government eager to use twins in their dark research. In their plight for freedom, these heroes must find the best in themselves to fight against the worst in their enemies.
Posted by Dani at Saturday, April 18, 2015

Email ThisBlogThis!Share to TwitterShare to FacebookShare to Pinterest
Labels: 2015, A to Z, A to Z Challenge, Blogger, novel, Randomness, The Prey, Tom Isbell