YAY!! Today is the Heroes & Villains Blogfest! Jackie and I are super excited! 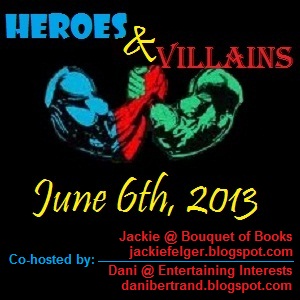 Indiana Jones - Who doesn't love an adventurous, whip wielding man that can bring you fortune and ... almost having your heart ripped out. Or killed in multiple ways.

Predator "Scar" from AVP - In other movies the Predators are usually the enemy, but in AVP "Scar" becomes a frenemy. I really REALLY like AVP and love "Scar" even more.

D'Leh from 10,000 B.C. - Talk about doing what you gotta do for love. I would never have made it thru that desert! 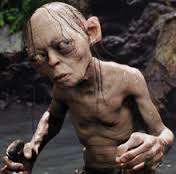 Gollum from LOTR - Vermin! He is vile. He is rotten. That guy - thing - creature just makes my stomach crawl. And when he hisses "presssshhhhiouuuussssss" I want to spew. But he's sooo good at it. 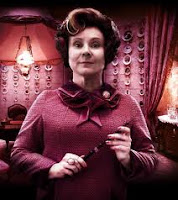 Dolores Umbridge from Harry Potter - I literally want to Rip. Her. Tongue. Out. You love and live to hate that women. And that's the way it should be.

Joffrey Baratheon from Game of Thrones - I would love to twist that boys tale in a knot. For being so young he is certainly purebred evil. He will get his. What a great young actor to be so perfect!


Heros or villains? You decide.

Ghost Rider - The demon who does good. What a twisted fate. Sold his soul to the devil but it didn't turn out the way the devil planned. Something about him makes me favor him very much.

Nightcrawler - Ever since I was little I really fell for this guy, er, mutant. A lot of people didn't like him though he was good. We shared the same last name even. Wagner pronouned Vagner but with a soft "a". I would LOVE to have his ability and I wouldn't mind the blue skin much either. It would hide a lot of flaws I think.
Posted by Dani at Thursday, June 06, 2013

Email ThisBlogThis!Share to TwitterShare to FacebookShare to Pinterest
Labels: Heroes and Villains, Mutants