A to Z - Quarantine the Queen of the Valkyrie 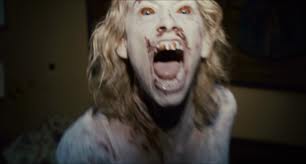 A television reporter, Angela Vidal and her cameraman, Scott Percival are assigned to follow two firefighters: Jake and Fletcher on their night shift. The crew responds to an emergency call from an apartment complex. The apartment manager, Yuri says that he and other residents heard screams from an old woman's room named Mrs. Espinoza, who has locked herself in her apartment. Jake, Fletcher, Yuri, police officers Danny and James , and the camera crew go to the apartment, where they find a woman in serious condition; she is bleeding severely and foaming at the mouth. When their guard is down the woman bites James in the neck. They take him downstairs for medical assistance, while Fletcher stays with a now sedated woman upstairs. However, when they get downstairs, they find the apartment doors have been locked from the outside, leaving everyone, including the residents, trapped inside.
Who is the last man (or woman) standing? Will anyone survive? Place your bets now! Also this movie is an adaptation of the [REC] movie which is bloody and gruesome. I recently watched Quarantine 2 … it wasn’t too bad. About equal to the first one.

Queen of the Damned 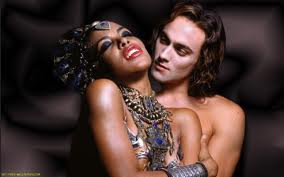 Vampire Lestat is awakened from decades of slumber by the sound of a Nu Metal band, which he proceeds to take over as lead singer. Approached by Marius he warns Lestat that the vampires of the world will not tolerate his public profile. Jesse, a researcher for the paranormal studies group Talamasca, is intrigued by Lestat's lyrics and tells the rest of the group her theory that he really is a vampire. Her mentor takes her aside and tells her that her theory is correct and Marius is his maker. He hands her Lestats journal where she proceeds to read about Lestat and Queen Akasha and her love of his music. At the concert in Death Valley, a mob of vampires attack Lestat and Marius. Akasha bursts through the stage and takes Lestat with her as her new King. Empowered by Akasha's blood, Lestat and the Queen confront the Ancient Vampires at the home of Maharet, Jesse's aunt, who is an Ancient Vampire herself. The Ancient Vampires were planning to kill Akasha, to save the human world from demise. Akasha then commands Lestat to kill Jesse. Lestat ostensibly obeys but then turns and begins to drain Akasha's blood with the help of the Ancients. Maharet is the last to drink Akasha's blood, and thereby ends up becoming a marble 'statue'. Lestat then turns and walks to where Jesse is lying lifeless, and cradling her in his arms, gives her his blood, turning her into a vampire. Jesse, now a vampire, and Lestat then return the journal to the Talamasca, and walk away, among mortals, into the night. As they exit, Marius enters the Talamasca. "Hello David."

Although I thought the band and music parts were a bit much. I mean, c’mon, you couldn’t come up with a better reason why Queen Akasha would rise from her slumber? Really? Besides that little sideshow bob, I thought the movie was great! Plus Stuart Townsend is hot! 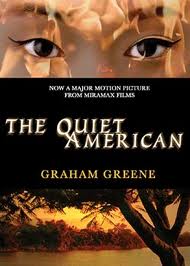 Thomas Fowler is a British journalist in his fifties who has been covering the French war in Vietnam for over two years. He meets a young American idealist named Alden Pyle, who lives his life and forms his opinions based on the books written by York Harding, with no real experience in matters of south-east Asia at all. Harding's theory is that Communism or colonialism are not the answer in foreign lands like Vietnam, but rather a "Third Force," usually a combination of traditions, works best. Pyle is young and idealistic. When Pyle and Fowler first meet, Pyle says he would be delighted if Fowler could help him understand more about the country. Fowler is much older, more realistic and more cynical. Fowler has a live-in lover, Phuong, who is only twenty-years old. So, at a dinner with Fowler and Phuong, Pyle meets Phuong's sister who immediately starts questioning Pyle about his viability for marriage with Phuong. Towards the end of the dinner Pyle dances with Phuong. Pyle comes to Fowler's place and they ask Phuong to choose between them. She chooses Fowler, her lover of two years. She does not know that he is up for a transfer. Fowler writes to his wife to ask for a divorce in front of Phuong. Fowler lies to Phuong that his wife will divorce him. Pyle exposes the lie and Phuong moves in with Pyle. A car bomb is detonated and many innocent civilians are killed from the blast. Fowler puts the pieces together and realizes that Pyle is behind the bombing. Phuong goes back to Fowler as if nothing had ever happened and Fowler receives a telegram from his wife in which she states that she has changed her mind and that she will start divorce proceedings.


Talk about a roller coaster of a ride between anti-war and love collides. Would I read it again… maybe if I was stranded on a deserted island with it. The book was great but I can only handle one mind f@*k at a time.

A fictional sport created by British author J. K. Rowling for the Harry Potter series of novels. It is described as an extremely rough but very popular semi-contact sport, played by wizards and witches around the world. Matches are played between two teams of seven players riding flying broomsticks, using four balls and six elevated ring-shaped goals three on each side of the Quidditch pitch (field). In the Harry Potter universe, Quidditch holds a fervent following similar to the position that association football holds as a globally popular sport.

There have been small-scale attempts to adapt Quidditch to readily available technology, using bicycles, and unicycles. A street in Lower Cambourne, Cambridgeshire, England is named Quidditch Lane, supposedly after a type of nearby dry ditch called a Quidditch. Fans have been known to visit the area. Also, some American schools, such as Polytechnic School in California and Massachusetts Institute of Technology in Cambridge, have added Quidditch to their list of team sports. 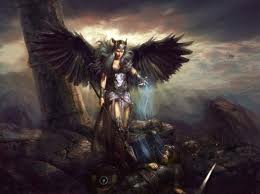 Considered to be the goddess of love, beauty, fertility, gold, seiðr, war, and death. Freyja rides a chariot driven by two cats, owns the boar Hildisvíni, possesses a cloak of falcon feathers, and, by her husband Óðr, is the mother of two daughters, Hnoss and Gersemi, but is also a warrior goddess and one of great wisdom and magick. She and her twin brother Freyr are of a different "race" of gods known as the Vanir. Many of the tribes venerated her higher than the Aesir, calling her "the Frowe" or "The Lady." She is known as Queen of the Valkyries, Freyja rules over her heavenly afterlife field Fólkvangr (for Valkyries) and there receives half of those that die in battle, whereas the other half go to the god Odin's hall, Valhalla. She, therefore, is psych pomp like Odin and it is said that she gets the "first pick" of the battle slain. She wears the sacred necklace Brísingamen, which she paid for by spending the night with the dwarves who wrought it from the bowels of the earth. The cat is her sacred symbol. There seems to be some confusion between herself and Fricka, Odin's wife, as they share similar functions; but Fricka seems to be strictly of the Aesir, while Freya is of the Vanic race. The day Friday (Frejyasdaeg) was named for her (some claim it was for Fricka). Freyja's husband, the god Óðr, is frequently absent. She cries tears of red gold for him, and searches for him under assumed names.

Email ThisBlogThis!Share to TwitterShare to FacebookShare to Pinterest
Labels: A to Z Challenge, Quarantine, Queen of the Damned, Queen of Valkyrie, Quidditch, The Quiet American