You Must Not Miss & Yoga - #AtoZChallenge 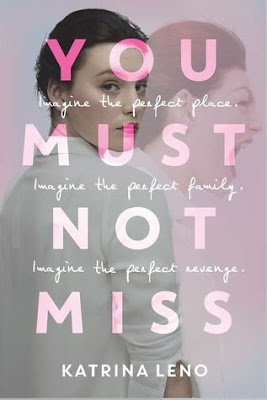 You Must Not Miss
by Katrina Leno (Goodreads Author)

Now, Magpie is called a slut whenever she walks down the hallways of her high school, her former best friend won't speak to her, and she spends her lunch period with a group of misfits who've all been socially exiled like she has. And so, feeling trapped and forgotten, Magpie retreats to her notebook, dreaming up a place called Near.

Near is perfect--somewhere where her father never cheated, her mother never drank, and Magpie's own life never derailed so suddenly. She imagines Near so completely, so fully, that she writes it into existence, right in her own backyard. It's a place where she can have anything she wants...even revenge.


Yoga is a group of physical, mental, and spiritual practices or disciplines which originated in ancient India. Yoga is one of the six orthodox schools of Hindu philosophical traditions. There is a broad variety of yoga schools, practices, and goals in Hinduism, Buddhism, and Jainism. The term "yoga" in the Western world often denotes a modern form of Hatha yoga, consisting largely of the postures called asanas.